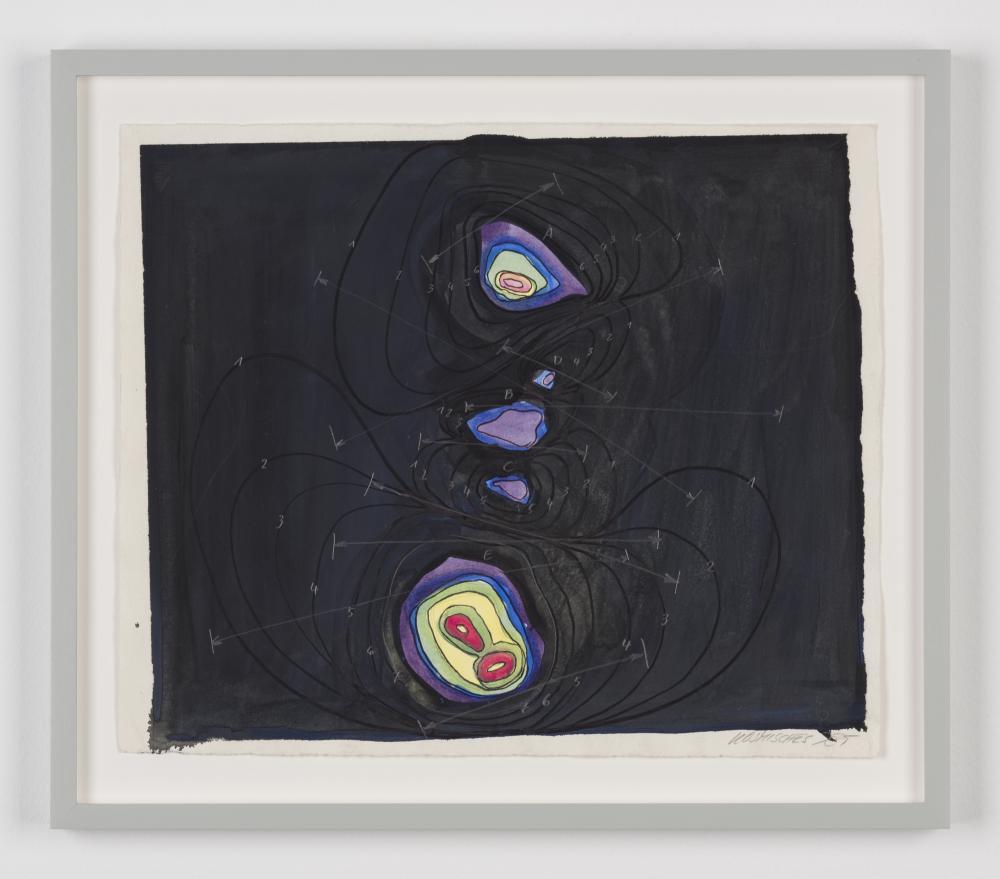 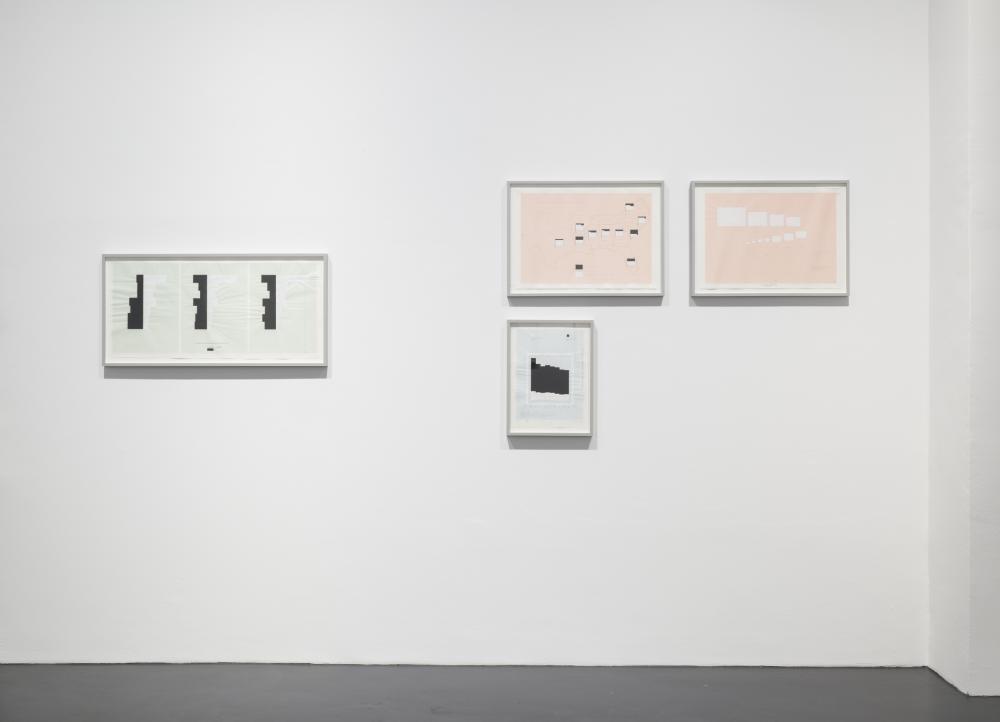 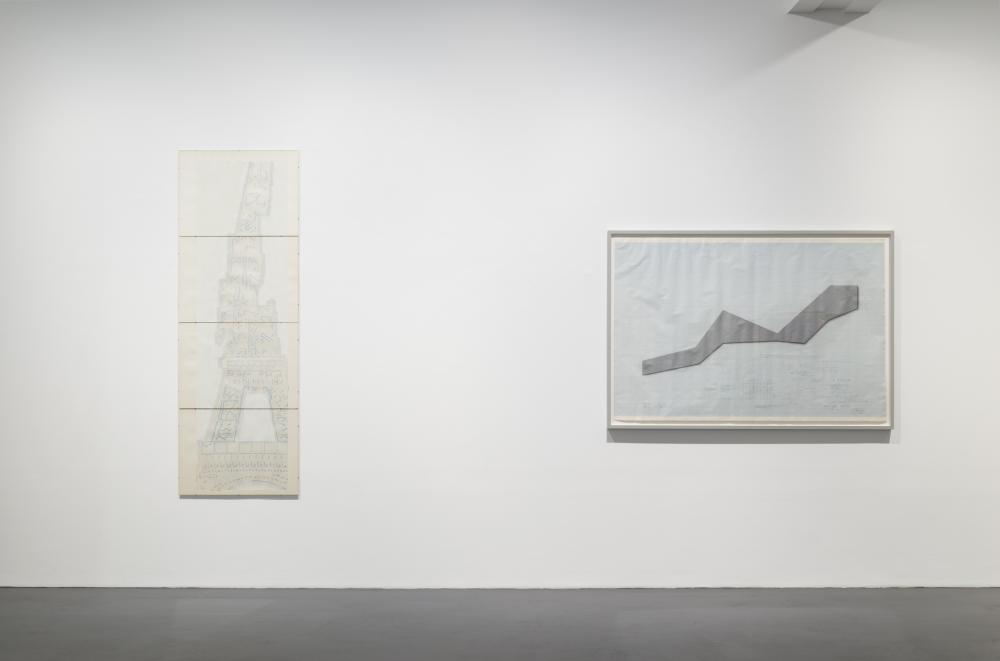 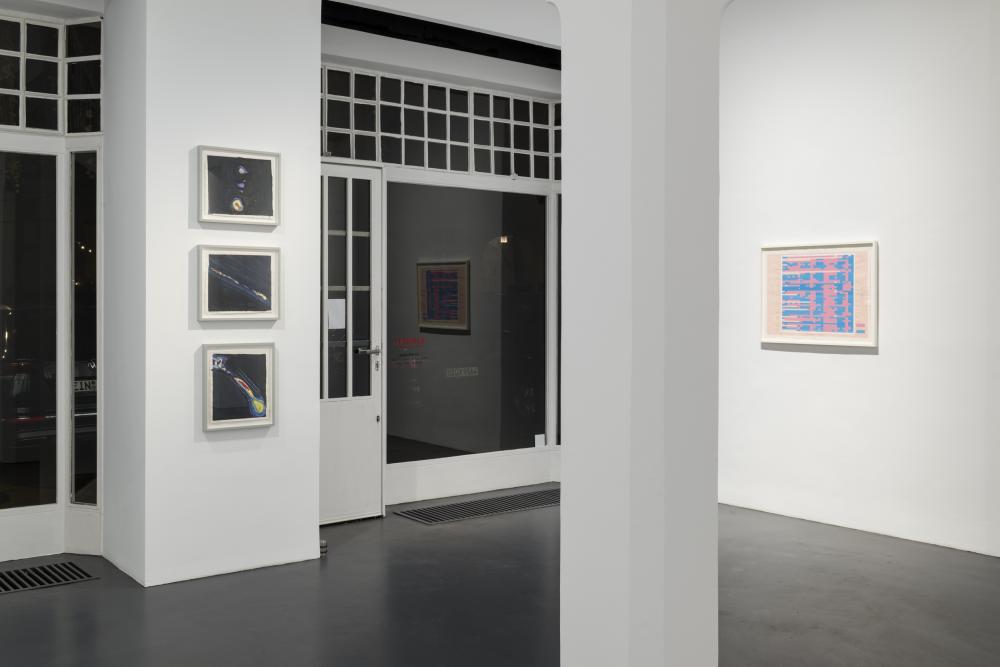 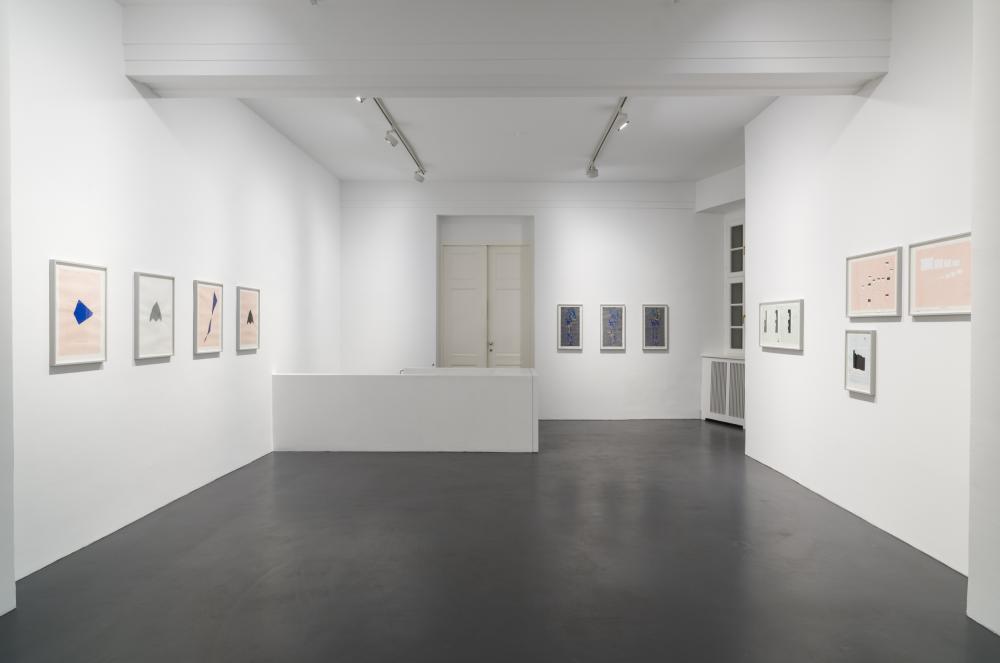 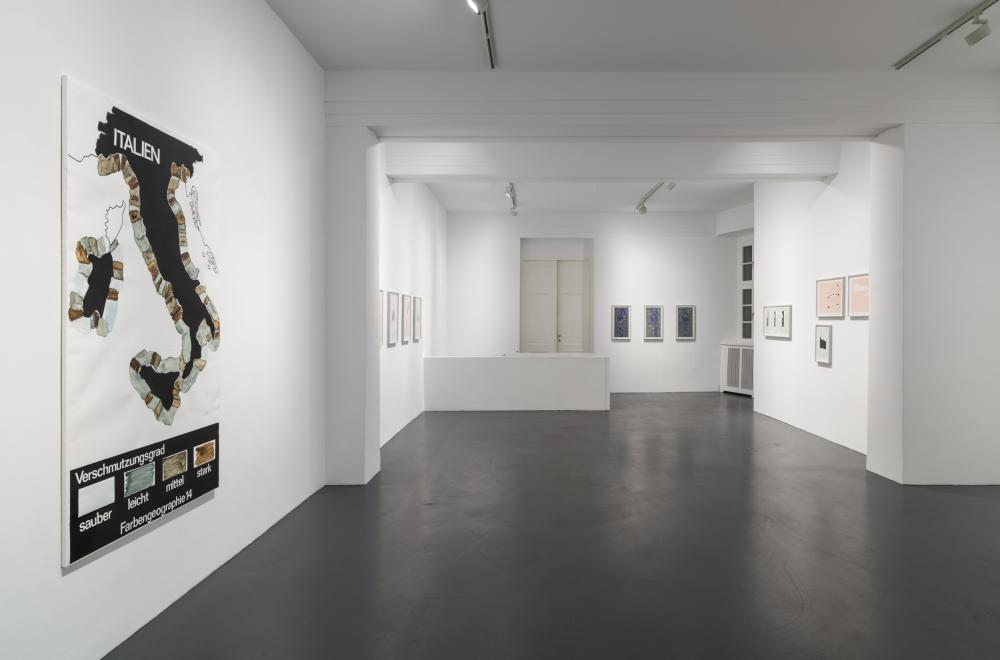 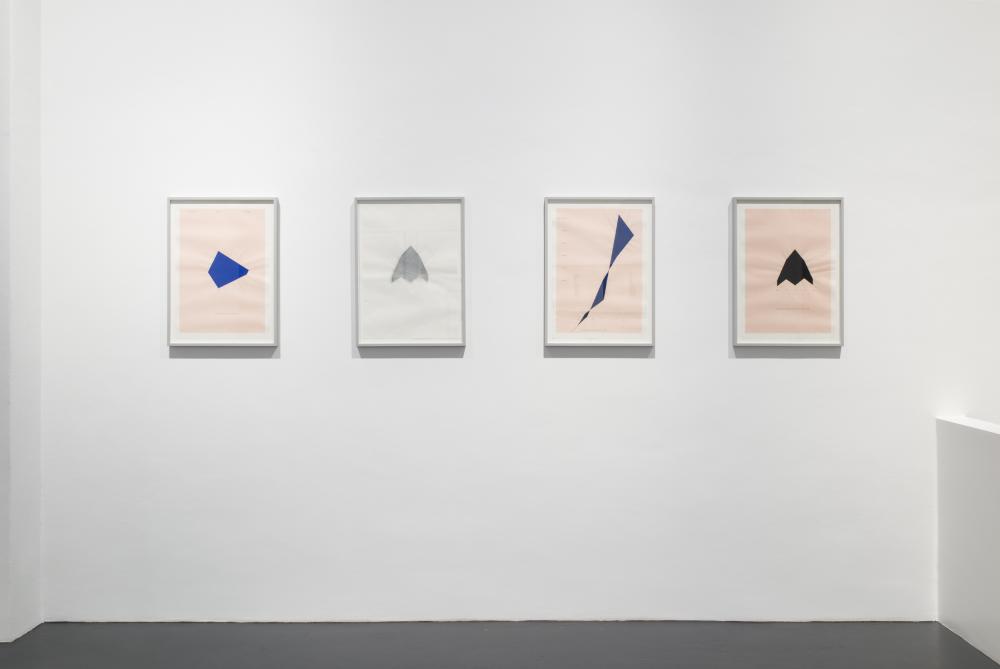 In the exhibition “Working Days Lost,” an array of works by KP Brehmer, displays geometric compositions and colorful formal explorations. Upon closer inspection, thin, handwritten pencilled notes, legends and descriptions on varied paper surfaces – from standardized squared to artisanal and handmade – sabotage the viewer’s initial contemplation of the works as “painterly.” Contrary to Concrete Art’s postulate to do away with symbolic meaning and the inherent bias of an observed reality, the series of works from the 1970s on view in the gallery in fact visualizes mundane societal conditions: the fiscal situation of New York City or working days lost due to strikes.

In Brehmer’s Development of Political Parties 1868-1972 (USA) (1977), a rectangular blue and red pattern is not just an attempt at representing subjective choices in the voting booth but is itself an image contingent on one's own sensory response: one in which the reaction to the very physical and chemical play of absorption and reflection of wavelengths and the correlated meaning of the color are intertwined. By performing a subversive mimicry of modernist tropes, here line, plane and color become concrete manifestations of the abstractions that constitute a representative system of power. Not by coincidence, at the time, the very avant garde art Brehmer referenced furnished the command and control centers of Western corporate hegemony.

Here a central mechanism in the artist's practice is the way he interweaves developments in artistic discourse, popular image culture, politics and ideology into objects that remain constantly actualizable. In that way, the second, later body of work on view in the exhibition marks a stark break in artistic technique and visual subject – by turning to astrophysics and depictions of cosmic phenomena – yet is clearly a continuation of his project. Presumably these works were made in the 1980s when Helmut Kohl’s proclamation of a “spiritual and moral turn” and a “return to painting” coincided with a heightened interest around individualism and self-expression that went hand in hand with the dismantling of the institutions of the social welfare state.

Brehmer's use of expressive and organic gestures on paper not only mirror the trendy artistic styles of the time but also probe the new scientific and medical means of recording and making visible. His subversion of the illusion of scientificity and painterly subjectivity renounces both the authority of an imposed message and an affirmation of the (constructed) world: “The view that the truth of a statement is dependent on the precision of how it is expressed is certainly plausible but nevertheless a prejudice,” as the artist noted. Thus his works carefully demystify orchestrated iconographic constructs, like how a cosmic jet in Kosmischer Jet I-III (undated) which, in an optical illusion, might just “appear” in superluminal motion: a distant object hurtles towards us faster than the speed of light across our line of sight.